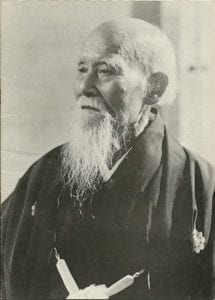 Aikido can be best translated as “The Way of Harmony.” Founded by Ueshiba Morihei, referred to as O’Sensei, Aikido developed as a pure form of Budo (Martial Way). Drawing upon aspects of many ancient Japanese disciplines, Aikido is a highly refined Martial Arts syllabus that strengthens the individual practitioner and improves physical and mental abilities. The techniques of Aikido can be applied against an attack from a larger, stronger and more aggressive opponent with great effectiveness. Aikido’s powerful techniques are based in physical self-awareness and control of one’s fear and adrenaline in a confrontation. By learning such control, one can perceive and act in a fashion dictated by the true nature of a given situation. Without control, one can only react, which many lead to unnecessary escalation. O’Sensei believed Aikido to be not only a way to take positive control of violent encounters, but also a path for development of the whole self. 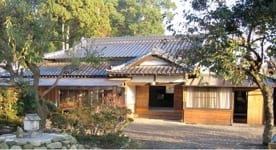 Traditional Aikido offers the benefits of true martial arts training for yourself or your child. Aikido is a powerful method of self-defense that redirects the force of the attacker without violence or competition.

Take the Next Step!